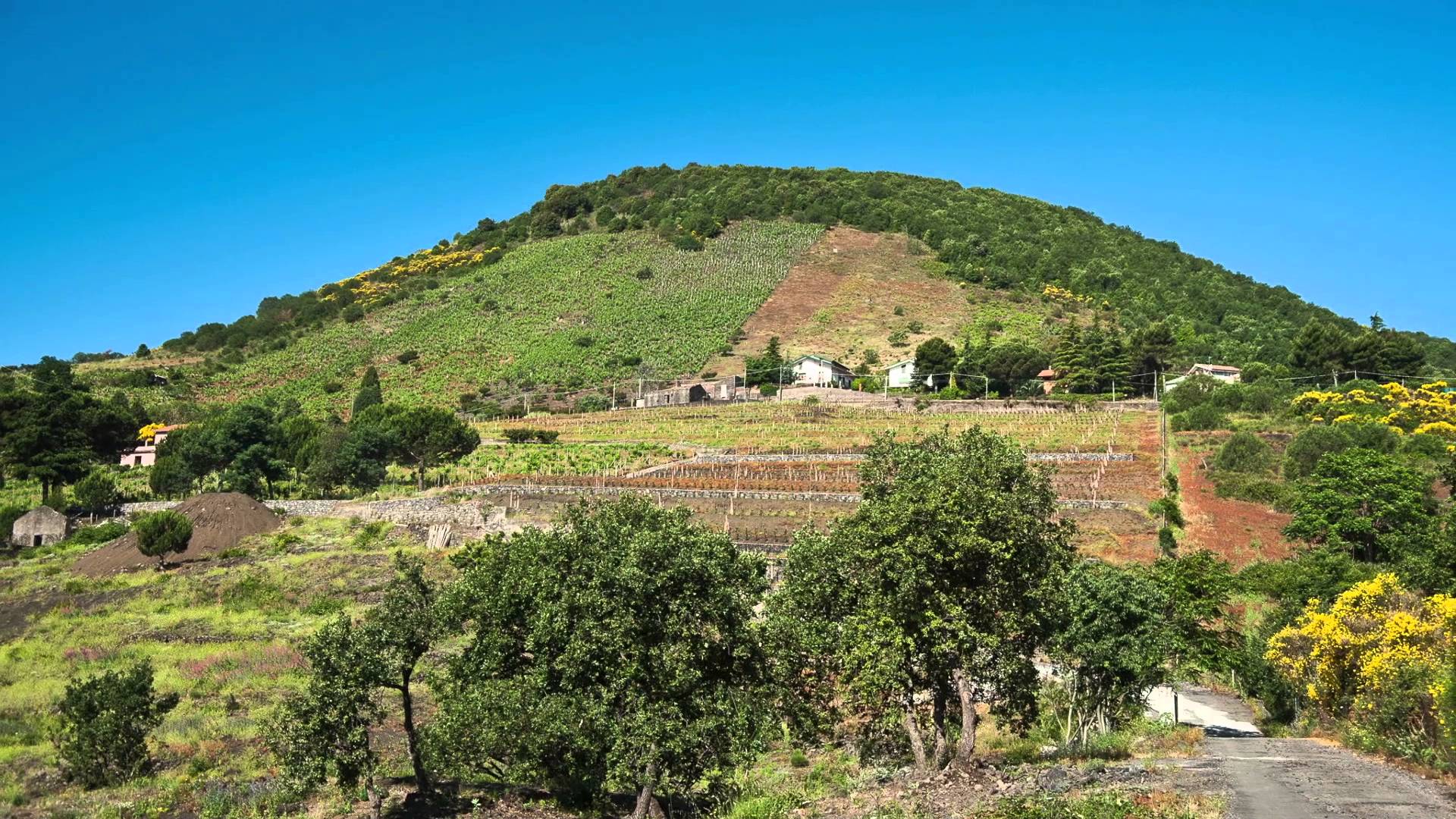 Rises to a height of 908m presents, in the summit, a central depression, resided by the ancient volcanic activity of the crater. According to some writings, the eruptive cone was formed because of the volcanic activity started around 1030 b.c., from which there emerged a lava flow that traveled about ten kilometers, finally pouring into the sea near Pozzillo.

The name derives from the holm oak, which in Sicilian is called “Ilici”, which abounds in the territory of the mountain. The relief is included within the Regional Park of Etna, and specifically in zone B. The eastern slope is mainly cultivated with vineyards and fruits, while the western one is characterized by the presence of holm oak and chestnut woods. At the foot of the mountain are the village of Fleri, a hamlet of Zafferana Etnea (CT).

« If you have never been to Mount Ilice. You have to come here in the country, among the mountains, where to go to the nearest houses, run in the vineyards, jump ditches, climb over little walls, where you do not hear the rumour of wagons, the sound of bells, or voices of strangers. This is the countryside! »
(Giovanni Verga)

Mount Ilice is often mentioned in a story of a Blackcap, a novel by Giovanni Verga written in Florence in 1869. In this work the protagonist Maria leaves Catania together with her family to escape an epidemic of cholera and takes refuge in the family manor house on Mount Ilice.

Distance from Bed and Breakfast: 3km 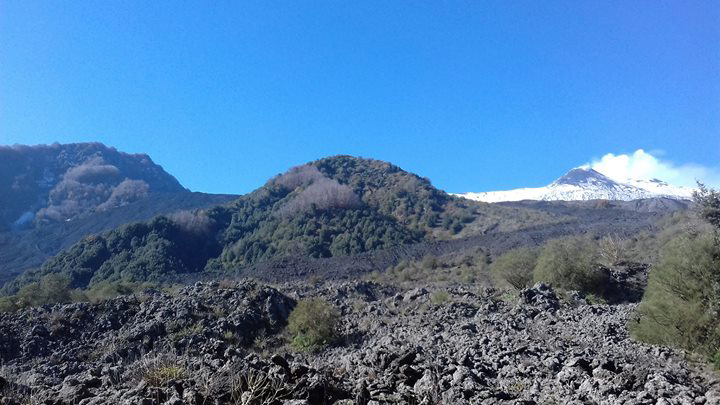 Val Calanna was formed following the coalescence of calderas and the collapse of the so-called Ancient Alkaline Eruptive Centers, primitive volcanic buildings. The most obvious sign morphological of this sinking process is represented by the Leap of the Giumenta, a perpendicular elevation difference between Val Calanna and Valle del Bove, subsequently attenuated in its slope by the lava of the Etna eruption of the 1991-’93. Among the Ancient Eruptive Centers are the Trifoglietto I, the Trifoglietto II and the Calanna; right from the pyroclastic products of the latter, which had to be in the east of the current Val Calanna, where Monte Calanna was formed (1325 m).

Val Calanna is 3 kilometers long and two kilometers wide; it is bordered to the south by Monte Fior di Cosimo, which divides it from Valle San Giacomo, to the north by Monte Calanna, to the west by Salto della Giumenta, which separates it from Valle del Bove, and to the east by lava flows of 1950-’51. Until the fifties of last century, the valley was considered a green island, because it was inhabited and entirely cultivated with vineyards, orchards and chestnut groves, thanks also to the abundance of water sources that have always served the valley and the town of Zafferana.

Distance from Bed and Breakfast: 5km 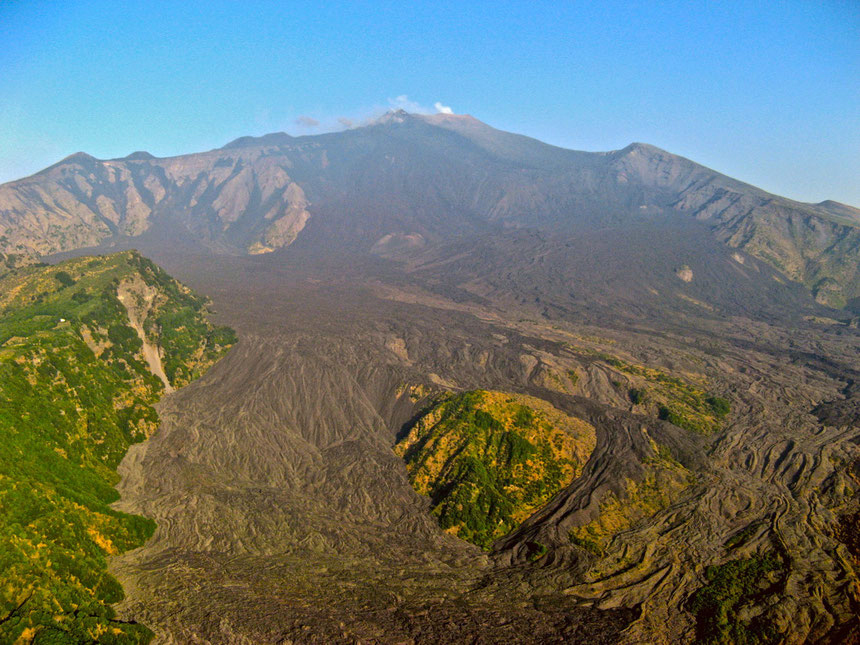 Valle del Bove is a large location on the eastern side of the volcano Etna, inside the protected area of ​​the Etna Park, in the territory of the municipality of Zafferana Etnea (CT).

The Valle del Bove is deserted, covered by recent lava flows (eruption of 1991-1993 and following) and occupies an area of ​​about 37 km². The crater enclosure within which the valley is located develops for a perimeter of about 18 kilometres and has walls to the north and south of the height variable between 400 and 1,000 meters. In the east, instead, it opens into a flat area interrupted by the Monte Calanna that emerges isolated from the recent lavas. A steep slope, the Salto della Giumenta, faded by the lava flow of 1991-’93, separates it from the underlying Val Calanna.

Distance from Bed and Breakfast: 10km 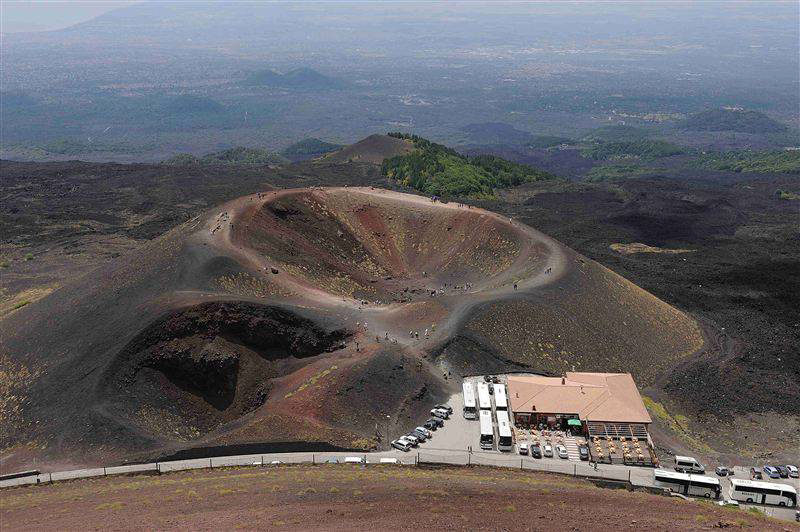 Their formation dates to the eruption of 1892: this began on 9 July with the formation of a radial fracture, and therefore of a buttonhole of five craters, between 2025 and 1800 m, on the southern side of the volcano flanks. It lasted 173 days traveled about 7 kilometers, until it touched the Monti Rossi from the eastern side, stopping just above Nicolosi, at an altitude of 970 m. On December 29 of the same year the eruption could be said that was ended.

The two craters that make up the main eruptive apparatus (Upper and Lower) on 7 August 1892 were named by the assembly of members of the Italian Alpine Club of Catania to the well-known volcanologist Orazio Silvestri, who died two years earlier, and who had also been President. Today they are among the best-known cones of the entire volcanic building because close to one of the most famous tourist areas of Etna, the Rifugio Sapienza and the Etna cableway, between Monte Silvestri Superior and the one below, Monte Silvestri the provincial road SP 92 that goes from Nicolosi to the square of Rifugio Sapienza and then descends to Zafferana Etnea.

Distance from Bed and Breakfast: 13km 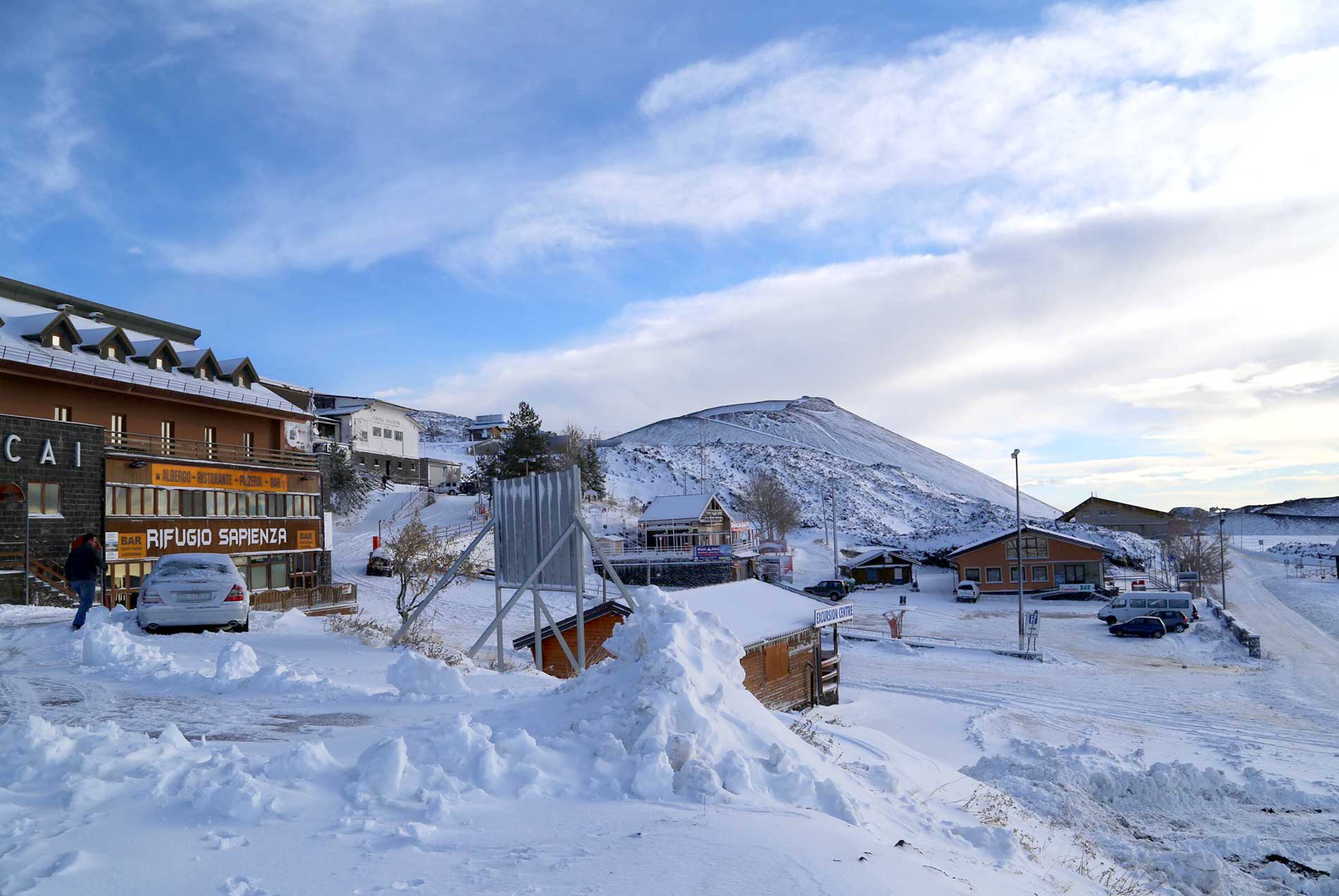 The Giovannino Sapienza refuge is an alpine refuge located at 1,910 meters above sea level on the southern slope of Etna, in the municipality of Nicolosi (CT).

It is in fact the base of the ski resort of Etna Sud, located at the end of the road that goes up the south-east slope of Etna from Catania with the ski lifts that depart at his side with the Etna cableway.
The construction was built during the Fascist period and is owned by the Italian Alpine Club (CAI) Section of Catania.

Today it is a small hotel with about fifty beds, a restaurant and a bar, located in the immediate vicinity of the Etna cableway departure station.
The shelter has repeatedly risked being overwhelmed by the eruptions of Mount Etna whose lava flows have often lapped it without ever destroying it, as happened with the lifts.

Distance from Bed and Breakfast: 13km